Flexible perovskite batteries may become a disruptive competitor in the industry

Competitive focus How about the future of flexible perovskite batteries
Recently, researchers from the University of Rome, the Fraunhofer Institute of Organic Electronics in Germany and Southern Columbia University in Columbia have developed a flexible perovskite solar cell for indoor applications, which is said to be able to illuminate at 100-500 lux Work. 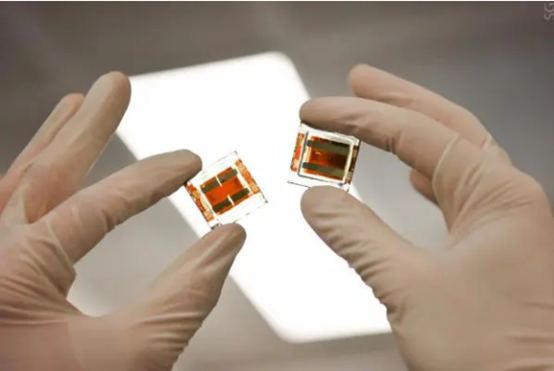 At present, the substrates used for the preparation of flexible devices are mainly polymer substrates. When the critical bending radius is reached, the transparent conductive layer breaks, causing serious degradation of the photoelectric performance. At the same time, water molecules easily pass through the polymer substrate, affecting The mechanical and long-term stability of the perovskite battery. The research results mentioned above are 100-micron thick devices coated on ultra-thin flexible glass with a transmittance of more than 80%, a resistance of 13 ohms per square, and a curvature of more than 1600 bending processes at a curvature of 20.5 mm. Manufactured by roll-to-roll sputtering technology of indium tin oxide. The device is equipped with a mesoporous support on a dense tin oxide layer. According to the researchers, under 200 and 400 lux LED lighting, this is the decisive factor for achieving 20.6% and 22.6% cell conversion efficiency. According to the developers, these efficiency levels are the highest record for flexible photovoltaic cells designed for indoor use and are 60-90% higher than the best performing perovskite photovoltaic cells on flexible substrates. "The specific power per gram of weight (W/g) (watts) is 40-55% higher than that of plastic polyethylene terephthalate (Pet) films and an order of magnitude higher than rigid glass," Europe-Colombia Group Say. In theory, this technology has become a disruptive competitor in the industry.

Research co-author Thomas Brown said that the estimated production cost of producing tens of thousands of square meters of fully encapsulated perovskite in flexible solar cell glass will be approximately $110 per square meter per year. “Considering that the battery area required to power low-power electronic devices (such as wireless sensors) depends on the indoor lighting level; how high the device’s power consumption is; and how often it senses and communicates; The cost-excluding cutting, packaging and integration-will range from less than $0.10 to $1." The industrial scale production of flexible perovskite solar cells costs about $34 per square meter in pet substrates Meters, excluding special packaging costs. "The cost of exchange for flexible plastic substrates is about US$6 per square meter, the estimated cost of ultra-thin glass substrates is about US$40 per square meter, and the manufacturing cost of perovskite solar cells for flexible glass will be US$68 per square meter. M. Add $10 for a simple plastic film package and $40 for a piece of flexible glass-the cost of the longest life required for the application required to fully encapsulate the photovoltaic cell for ultra-thin flexible glass indoor use $78-$108 per square meter .

According to the analysis of the Micro Lithium Battery Group, the flexible and precise winding of the equipment for the manufacture of glass can not only achieve indium tin oxide, but also for all other layers in the future in order to reduce manufacturing costs, increase production output of solar cells and allow flexible perovskite applications These devices are the first choice for indoor light mine cars for low-power electronics, sensor nodes and Internet of Things devices. In addition, the researchers added that putting their equipment into mass production will require increasing the battery area from 1 square centimeter to about 10 square centimeters, potentially reducing the efficiency figure to about 18%. For flexible perovskite batteries It is still very high.